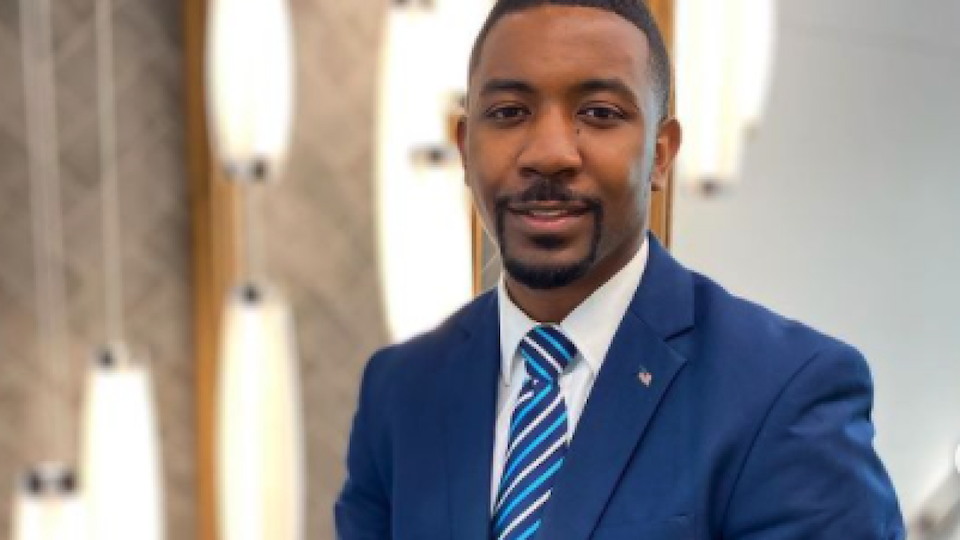 The event is free to all Democrats and those eager to learn more about the Party’s agenda for the upcoming years.

Remus is the first African American elected to serve as Tennessee’s state party chairman and the first in state history to be chair of any major party. At 34 years old he is also the first millennial to serve in such a capacity.

Remus served as an Ex-officio member of the Tennessee Democratic Party Executive Committee and as the National Committeeman for the TN Young Democrats. 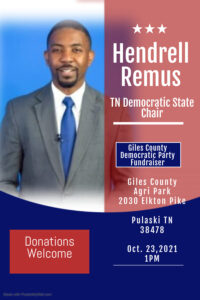 With a commitment to Democratic values, Remus has worked on a number of TN campaigns. From serving as a strategic advisor to mayoral and state house candidates to assisting local school board, city council and county commission races, he has been an asset to Democratic candidates and causes.  Often driven by the same volunteerism that led him into politics during the 2008 campaign of Barack Obama.

Prior to becoming Chair, Hendrell Remus worked as the Assistant Director of Emergency Management at Tennessee State University, a role that followed his tenure as the Middle TN Operations Manager for Allied Universal.

His background in business management and operations, coupled with a passion for progressive politics, sets the tone for his leadership at the helm of TNDP. Chair Remus is focused on building a stronger TN Democratic party infrastructure and beginning the hard work to register more voters and elect more Democrats.

“We are going to take back the mantle of the people, it’s time for us to start highlighting how under republican leadership so many have really falling off the economic cliff,” Remus said.

“I’m extremely hopeful for the future of the Democratic Party and I think we’re going to do some great things in the coming years,” said the Memphis native who lives in Nashville with his wife and two children.

Donations to the Giles County Democratic Party will be accepted at the Oct. 23 free event.

Additionally, a limited number of Giles County Democratic Party T-Shirts will be available for a minimum $15 donation.